Back in 2009, Justin Bubb had spent almost a decade in Italy leading the transformation of the winemaking at famed winery, Castello Di Gabbiano. He had been sent there to help improve the winemaking and also be a conduit for the Australian owners at the time (South Corp). Originally only planning to stay for a short period, Justin was instrumental in growing the winery. He also was able to spend time working vintage in some of the most famed wine regions of Italy including Piedmonte, Veneto and Sicilia.

His time in Europe had also helped him see there was an opportunity to bring great quality Italian wines back to Australia. Having decided to return to Australia with Anna his new wife, he sketched out very briefly wanted to do:

•He wanted to produce great value Italian wines, so more Australians could fall in love with Italian wines (like he had)

•He wanted to shake any stuffy or old-fashioned stereotypes of Italian wine by offering contemporary wines styles that suited the wine savvy palates of Australia.

•He wanted to continue working with the amazing next work of growers and maintain the deep connection he had with his adopted country.

Taking an Italian nickname for a tool that measures ‘baume’ in fruit, 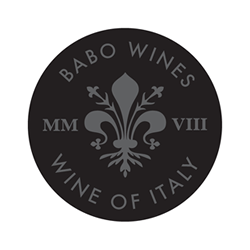 Following completion of his winemaking studies at Adelaide University, Justin went on to complete vintages in some of the most famed regions in Australia including the Hunter Valley (Tyrells), Barossa Valley and the Yarra Valley (Yarra Ridge).

In 2002 Justin was invited to do a harvest with Brezza, one of the most famous wineries in Barolo, Italy, and his love affair with this great wine country began. Justin was soon offered a senior winemaking role at the renowned Castello Di Gabbiano winery in the heart of Chianti. Justin’s arrival brought about a huge increase in sales and multiple accolades for the wines produced, including developing one of the best-selling Chianti’s for the U.S. market. Similar outstanding results were achieved for Rose, which Justin created for the brand.

Justin was then invited to do vintages with Feudo Arancio, one of the most awarded wineries in Sicily, and by Meazzacorona in Trentino, a winery renowned for its Pinot Grigio and Prosecco.

Upon returning to Australia, Justin continued his love affair with Italy by creating the BABO brand. Justin resides in Tasmania for most of the year, where he shares wine making duties at the highly acclaimed Pooley winery with another
stellar winemaker; wife Anna. Justin returns regularly to Italy and oversees vintage.

Justin has built an unrivalled network of exceptional growers that enable him to consistently produce Italian wines of exceptional varietal quality and value.

Our philosophy is simple.
Source fruit of exceptional regional
and varietal character
from ITALY, to produce wines
of elegance and purity